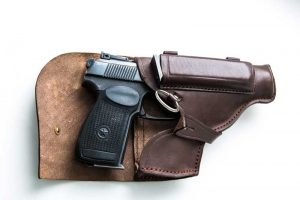 Most adults 18 years and older in Idaho obtain their CWL to use traveling out of state as the law now doesn’t require a qualified Idaho resident to have a license to carry concealed.

Non-residents of Idaho are prohibited from carrying a concealed weapon in Idaho unless they have a CWL from Idaho or any other state.

Idaho Code 18-3302C, prohibits the carrying of a concealed weapon with or without a CWL in a courthouse, juvenile detention facility or jail, or a public or private school except when the school board of trustees of the school district has authorized the person to carry concealed.

Idaho Code 18-3302J generally provides that the Idaho legislature regulates firearms in the state and that local jurisdictions can only establish laws restricting the discharge of firearms so that the carrying of firearms is uniform throughout Idaho.

Idaho is an “open carry” state which means you can carry a firearm, whether a handgun, rifle or shotgun in the open, except in areas prohibited by law such as court houses, schools and federal facilities.

Traveling in a vehicle, recreational vehicle or motorcycle with a concealed handgun whether loaded or unloaded, is not illegal if you are an Idaho resident and 18 years of age or older, and are not otherwise disqualified from obtaining a CWL. Handguns may also be legally carried openly by any person in a belt holster. It is unlawful for any person under the age of 18 to possess any handgun. Idaho Code 18-3302F  Exceptions include when taking a hunter safety course, while hunting or engaged in organized competition. Idaho Code 18-3302G

Lesson 4: When is an Idaho CWL Not Required Test